GOT7’s Mark Tuan is embarking on an exciting tour of North America!

On July 6 local time, Mark officially announced his plans for his 2022 North American tour “THE OTHER SIDE,” which will take him to 15 different cities across the United States and Canada later this year.

Although Mark has not yet released the dates for his upcoming tour stops, he did share a “teaser” schedule that reveals which cities he’ll be visiting (and in what order). After kicking things off in San Antonio, Mark will be performing in Houston, Dallas, Atlanta, Philadelphia, New York, Washington, DC, Boston, Toronto, Chicago, Minneapolis, Seattle, Vancouver, San Francisco, and Los Angeles (twice). 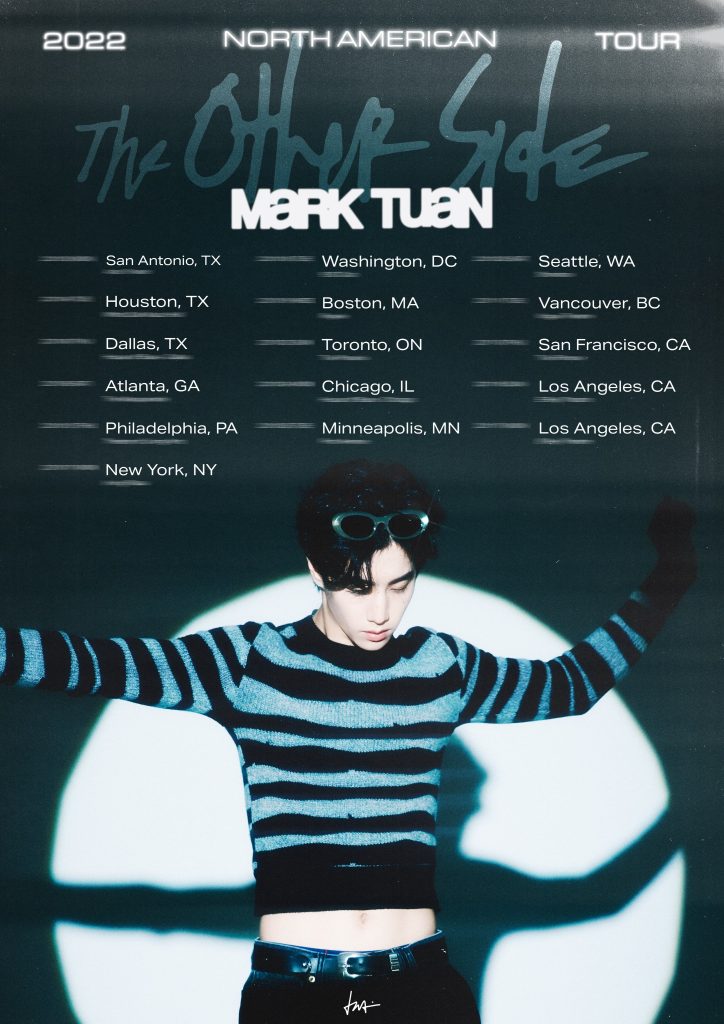