(G)I-DLE is heading abroad on their first-ever world tour!

On May 12 at midnight KST, (G)I-DLE officially announced their plans for their long-awaited first world tour “JUST ME ( )I-DLE.”

After kicking things off with two nights of concerts in Seoul on June 18 and 19, (G)I-DLE will head to the United States, where their tour will take them to eight different cities across the country in July and August. The group will then head to Santiago, Mexico City, and Monterrey before returning to Asia to perform in Jakarta, Manila, Tokyo, and Singapore.

However, fans outside these cities and countries need not be discouraged: according to the announcement, (G)I-DLE will soon reveal more dates and cities for the upcoming tour.

Check out (G)I-DLE’s first set of tour stops and their announcement video below! 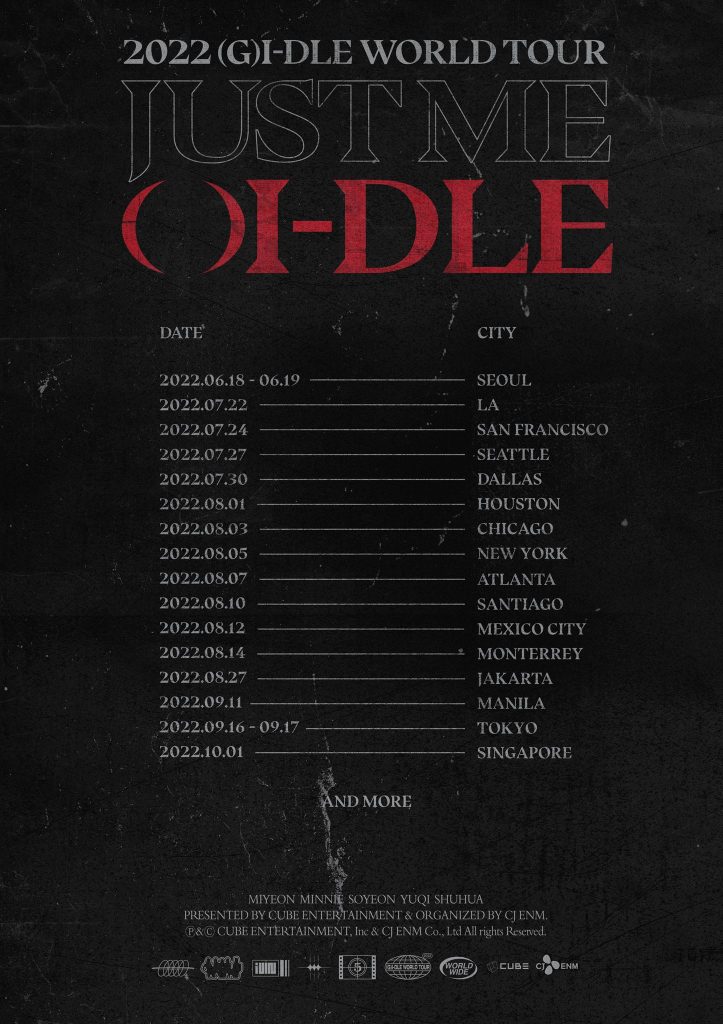