It’s official: BTS’s Jin has teamed up with Coldplay for his upcoming solo single!

On October 20 at midnight KST, Big Hit Music officially announced that Jin’s new solo single “The Astronaut” was co-written by Jin and Coldplay.

The iconic British band previously collaborated with BTS for their hit single “My Universe,” which was recently certified platinum in the United States.

Jin also unveiled a teaser poster for “The Astronaut,” which is due out on October 28 at 1 p.m. KST.

Check out Jin’s new poster for the single below, and watch his logo trailer for “The Astronaut” here! 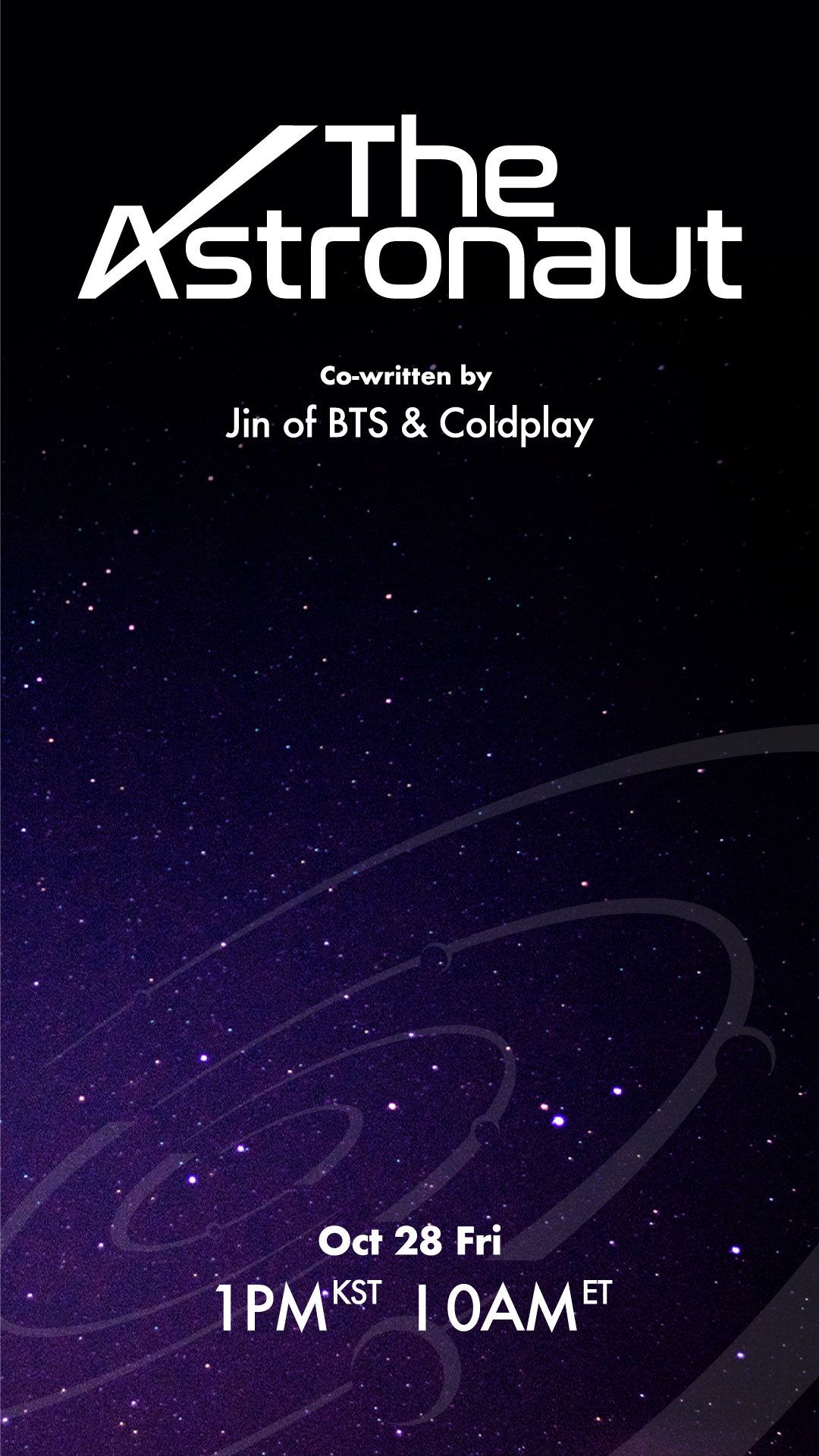