BTS’s Jin has revealed the first glimpse of his concept for his upcoming solo single!

On October 19 at midnight KST, Jin announced that his first solo single album “The Astronaut” would be released on October 28 at 1 p.m. KST.

Jin also unveiled an epic logo trailer for his upcoming single, which has been rumored to be a collaboration with British rock band Coldplay, as well as a promotion schedule for the release.

Check out Jin’s new trailer and schedule for “The Astronaut” below! 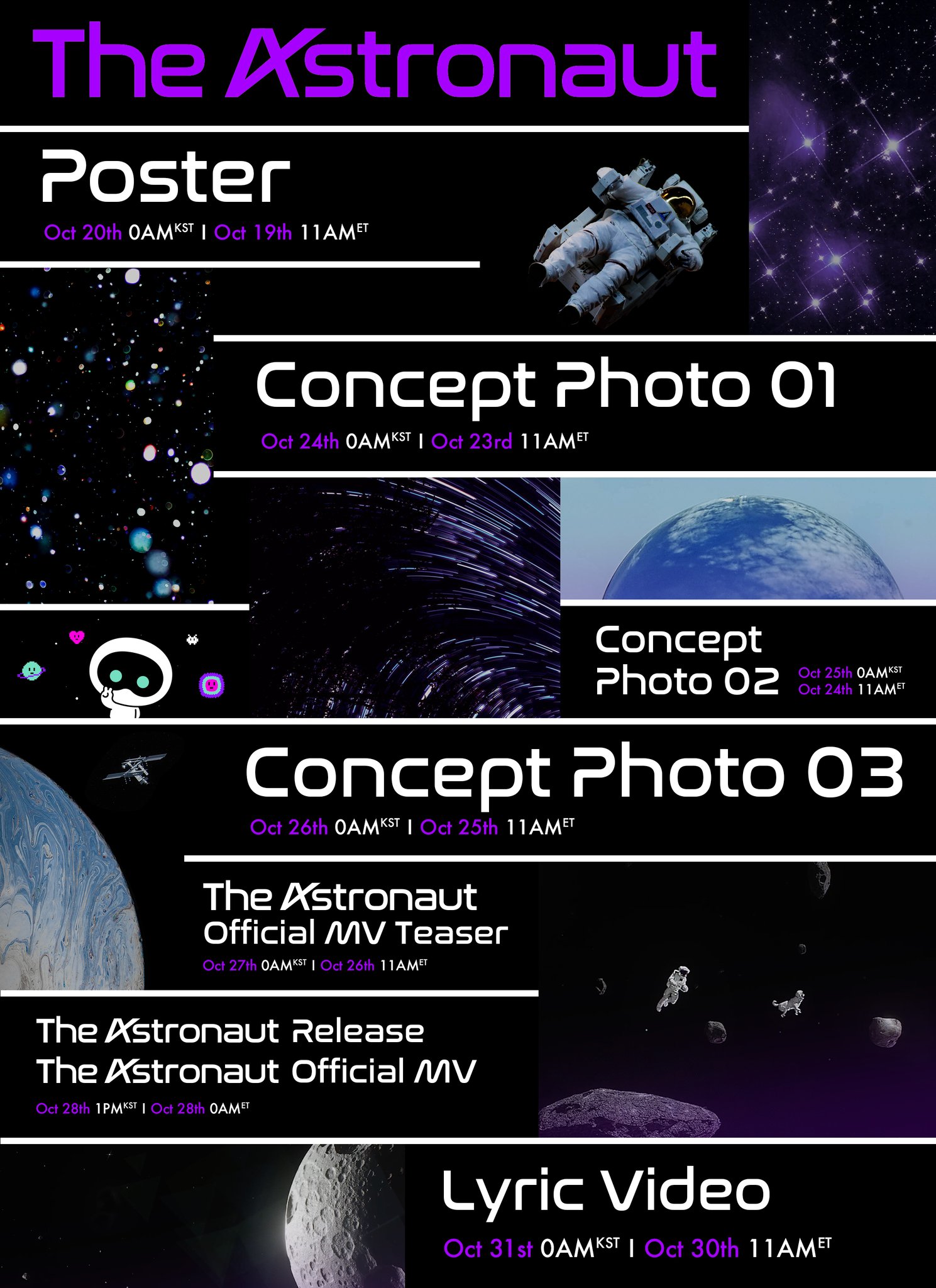