Stray Kids will be taking over the concert domes in Japan as well!

On November 8, JYP Entertainment announced that Stray Kids will be holding encore concerts next year in Japan and in the United States as part of their world tour “MANIAC.”

Five additional encore concerts have been announced for next year, kicking off at the Saitama Super Arena in Tokyo, Japan on February 11 and 12, followed by the Kyocera Dome in Osaka on February 25 and 26, and the Banc of California Stadium in Los Angeles, United States on March 31 (local time).

This will make Stray Kids the second K-pop boy group after BTS to perform at a stadium in North America with more than 20,000 seats. On top of this, Stray Kids will be holding their first dome tour across Japan. 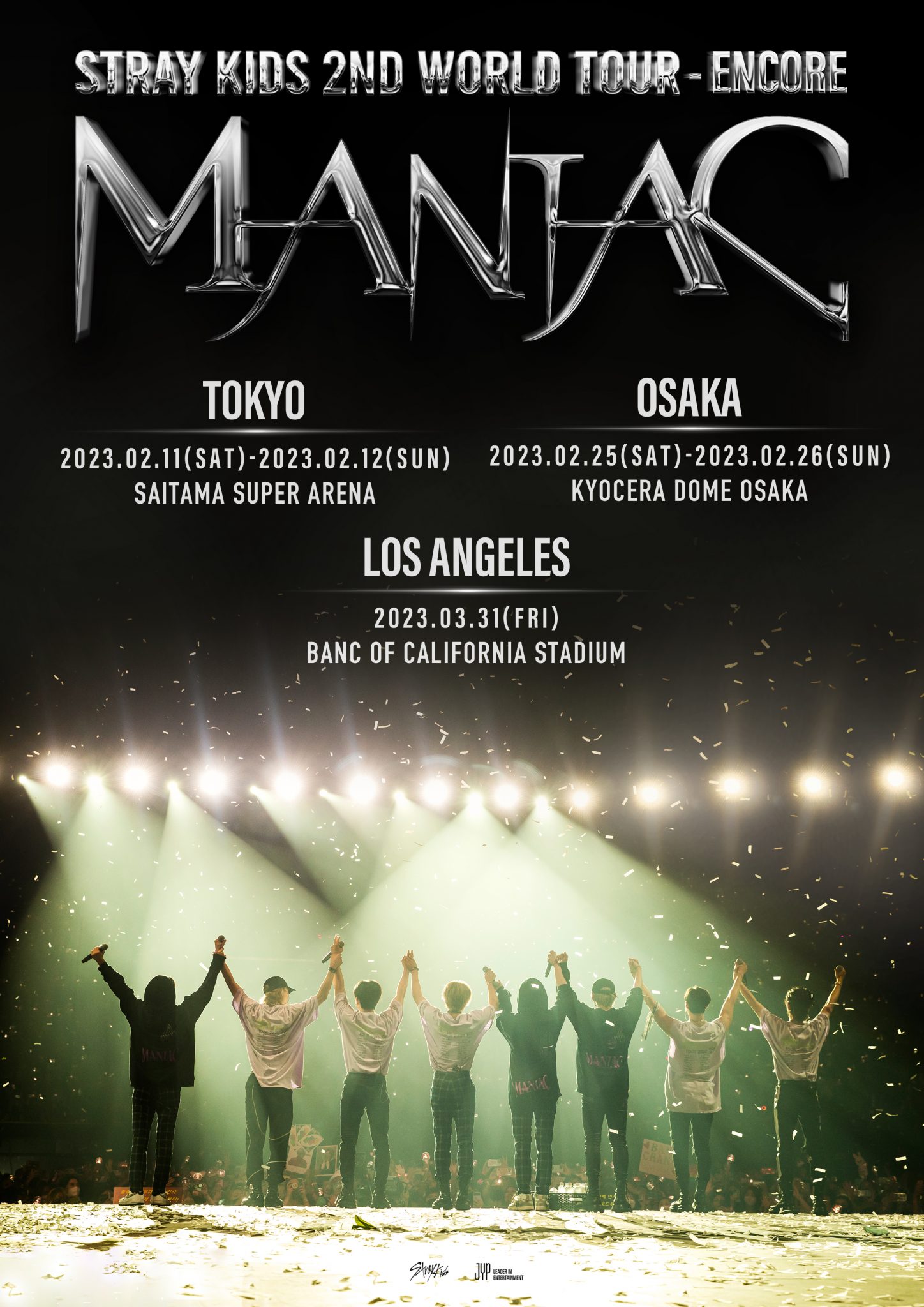 THE BOYZ To Hold Fan Concert In December + Stream It Online