OnlyOneOf has revealed the dates and cities for their upcoming tour of America!

After kicking things off in Jersey City on March 31, the group will be performing in Chicago on April 2, Minneapolis on April 4, Atlanta on April 6, Dallas on April 7, San Juan on April 9, Phoenix on April 12, San Francisco on April 29, and Los Angeles on April 30.

Meanwhile, OnlyOneOf’s tour stops from April 13 to April 28 have yet to be decided, meaning further dates and cities may soon be revealed. 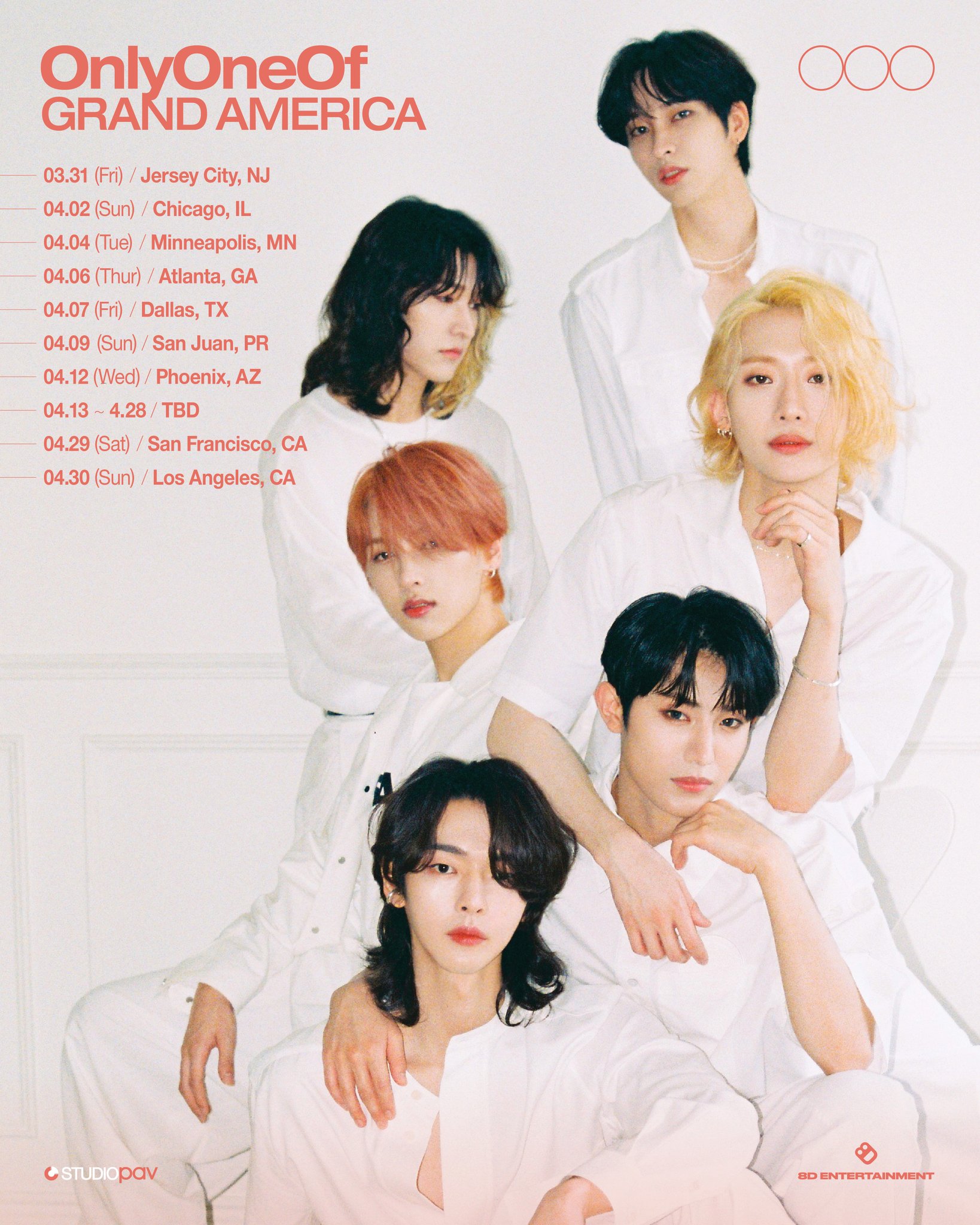