ONEUS has revealed the dates and cities for their upcoming tour of North and South America!

After kicking off their first official world tour “REACH FOR US” with concerts in Seoul and Japan this fall, ONEUS will be heading stateside for the U.S. and Latin American leg of their tour this winter.

Check out the complete list of dates and venues below! 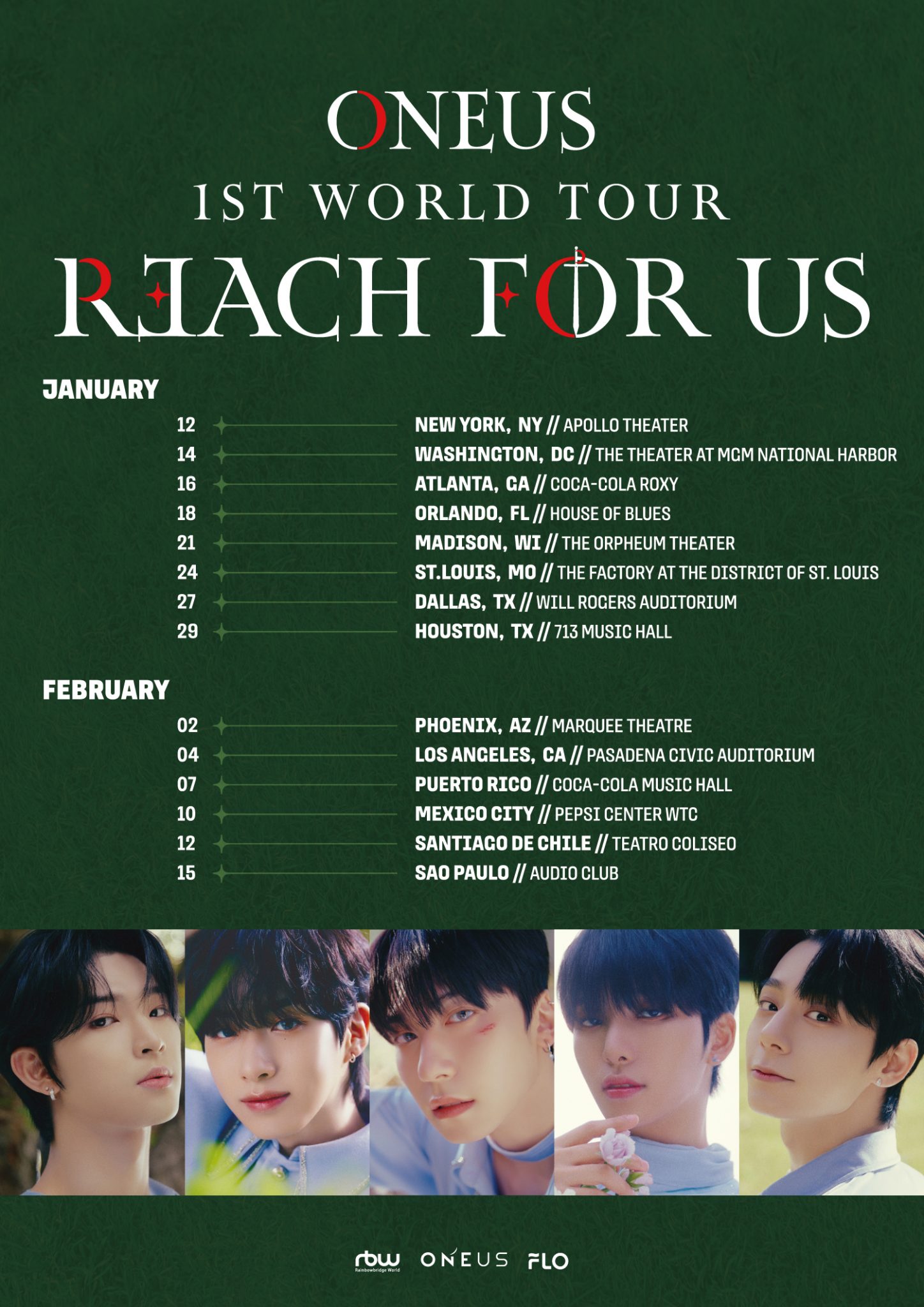