The girl group’s music video for “After LIKE” surpassed 100 million views on September 26 at approximately 4:24 p.m. KST. This is approximately one month, three days, 22 hours, and 30 minutes since its release on August 22 at 6 p.m. KST.

Following “ELEVEN” and “LOVE DIVE,” “After LIKE” is IVE’s third music video to surpass this milestone. Furthermore, “After LIKE” is now the group’s fastest music video ever to hit the 100 million mark, once again breaking their previous record of approximately two months and one week set by “LOVE DIVE” earlier this year. All three of IVE’s title tracks since their debut have achieved this impressive feat. 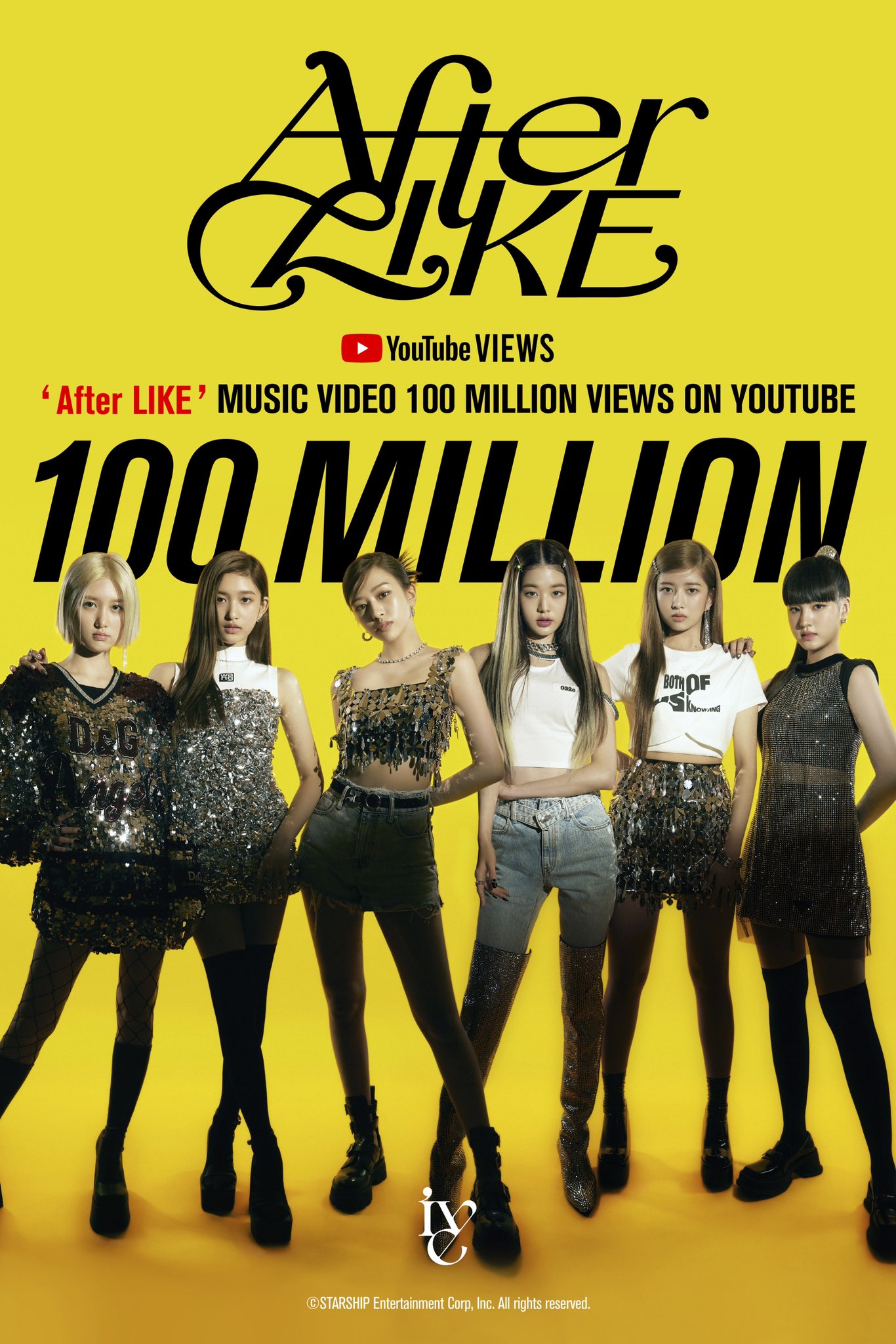