Mark your calendars for CRAVITY’s comeback!

On September 4, CRAVITY officially unveiled their comeback date and schedule for their upcoming return with their fourth mini album “NEW WAVE.”

The newly released schedule outlines in detail what fans can expect in the weeks leading up to the release of “NEW WAVE,” which is due out on September 27. 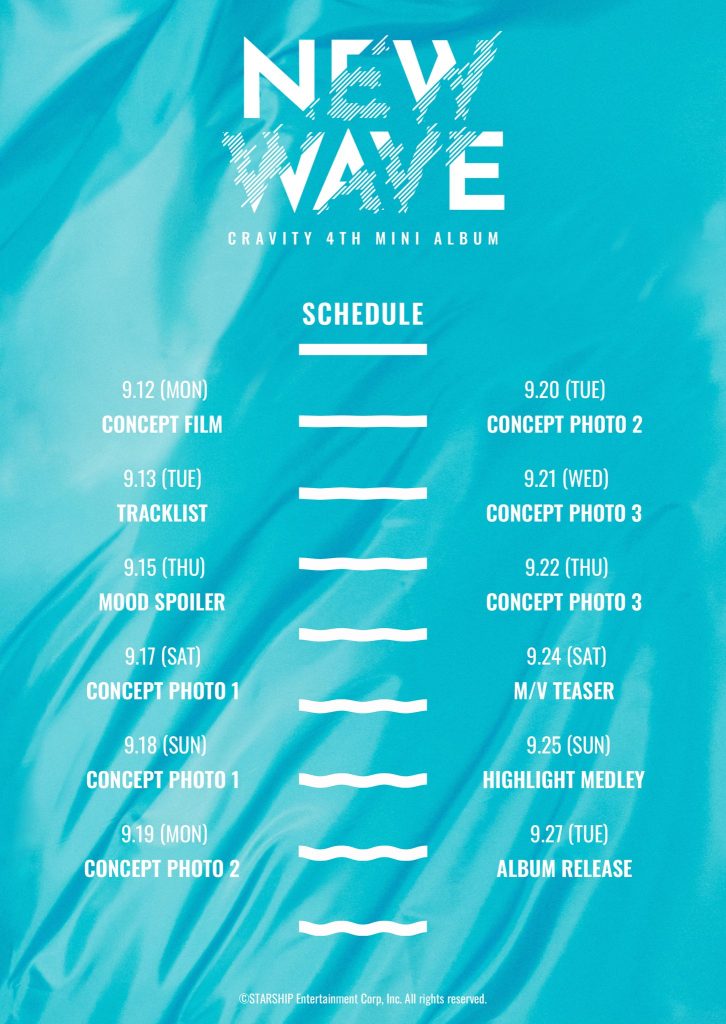