BLACKPINK will be holding the largest world tour in the history of K-pop girl groups!

On October 28, YG Entertainment released a poster announcing the dates and locations for the Asian leg of BLACKPINK’s “BORN PINK” world tour. According to the poster, BLACKPINK will meet fans in nine cities in Asia alone, including three additional performances from the previously announced schedule.

The announcement especially gained extra attention and anticipation due to its huge scale. With this tour, BLACKPINK will be the first girl group in the world to hold a solo concert in Riyadh and Abu Dhabi. YG Entertainment also added, “Besides Hong Kong, all eight [concert locations] are stadiums. This will be the largest-scale Asia stadium tour among all girl groups in the world.”

Check out more details for “BORN PINK” in Asia below! 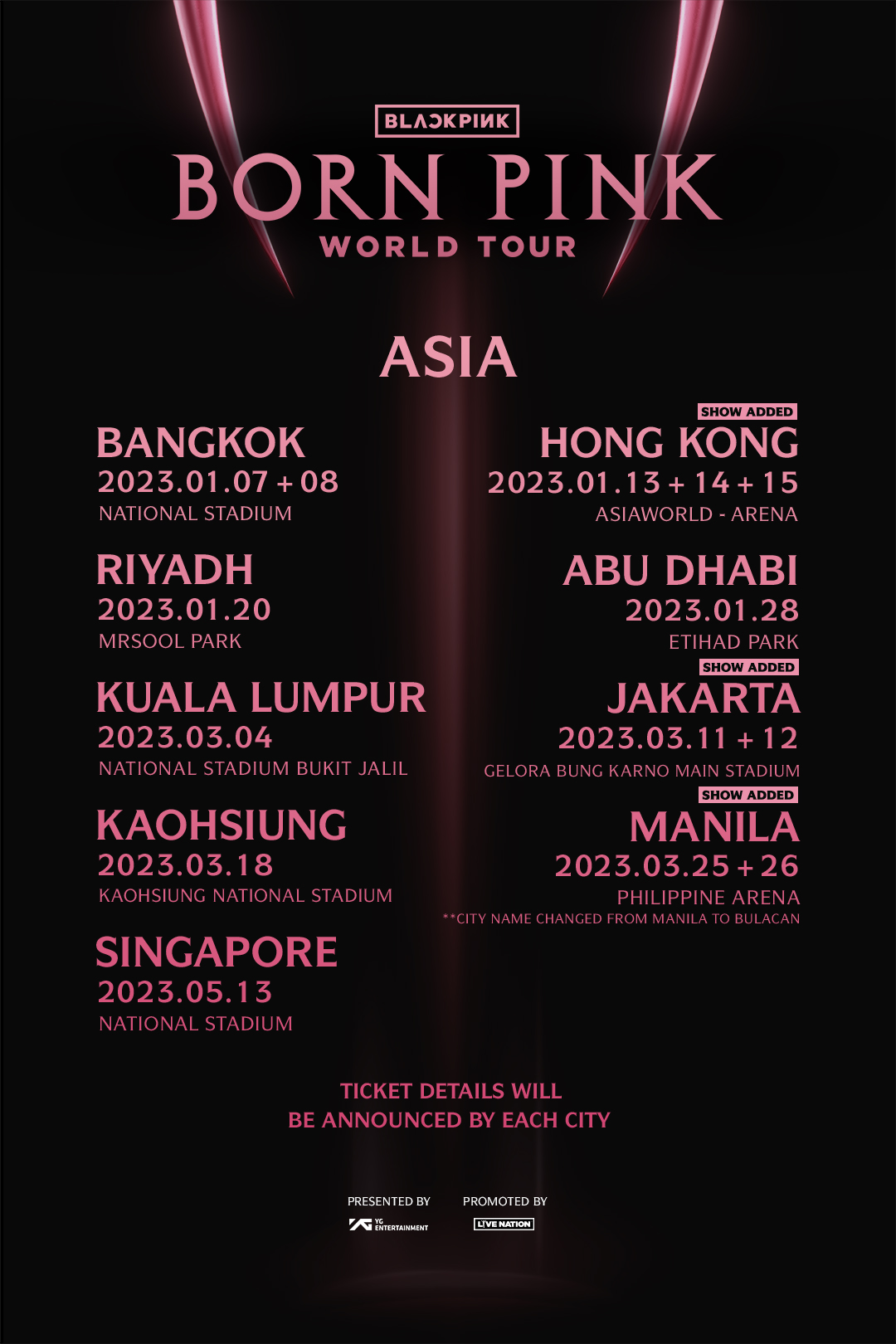