BLACKPINK has announced the finalized dates and venues for their “BORN PINK” world tour in Japan next year!

On December 7, YG Entertainment posted a new poster announcing the schedule of BLACKPINK’s “BORN PINK” world tour in Japan. According to this poster, BLACKPINK will hold four concerts in two cities next year, starting with Tokyo Dome on April 8 and 9 and followed by Kyocera Dome Osaka on June 3 and 4. 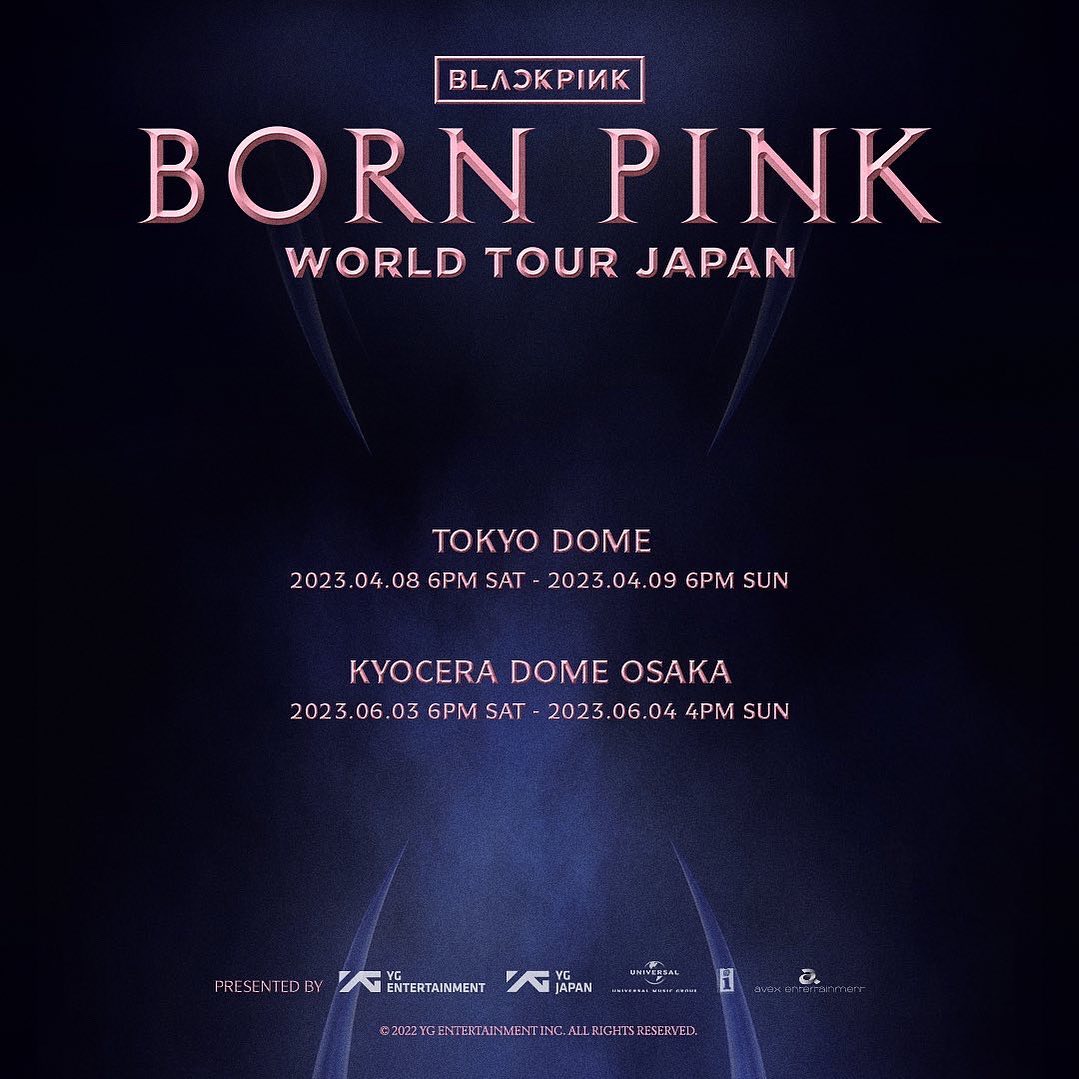 With this announcement, BLACKPINK will expand the scale of their world tour with a total of 18 concerts in 11 cities in Asia. A representative of YG Entertainment remarked, “Thanks to the enthusiastic support from fans, we have confirmed the additional Japanese dome tour concerts. As we announced earlier that the world’s largest scale girl group concert will be held at the stadiums in Asia, we will present performances that match that overwhelming global status.”

BLACKPINK is currently in Europe for their ongoing “BORN PINK” world tour.