On December 28, YG Entertainment revealed that TREASURE will be embarking on their first Asia tour “2023 TREASURE Tour HELLO,” a continuation of their previous concerts that took place at KSPO Dome in Seoul and their Japan arena tour.

The Asia leg of their tour will be coming to seven cities and will consist of a total of eight concerts. The tour will be kicking off in Taipei on March 4, then move on to Kuala Lumpur on March 11. The group will spend two days in Jakarta on March 18 and 19, then go to Bangkok on April 1, followed by Singapore on April 8. Their final two stops will be Manila on April 15 and Macau on April 22. 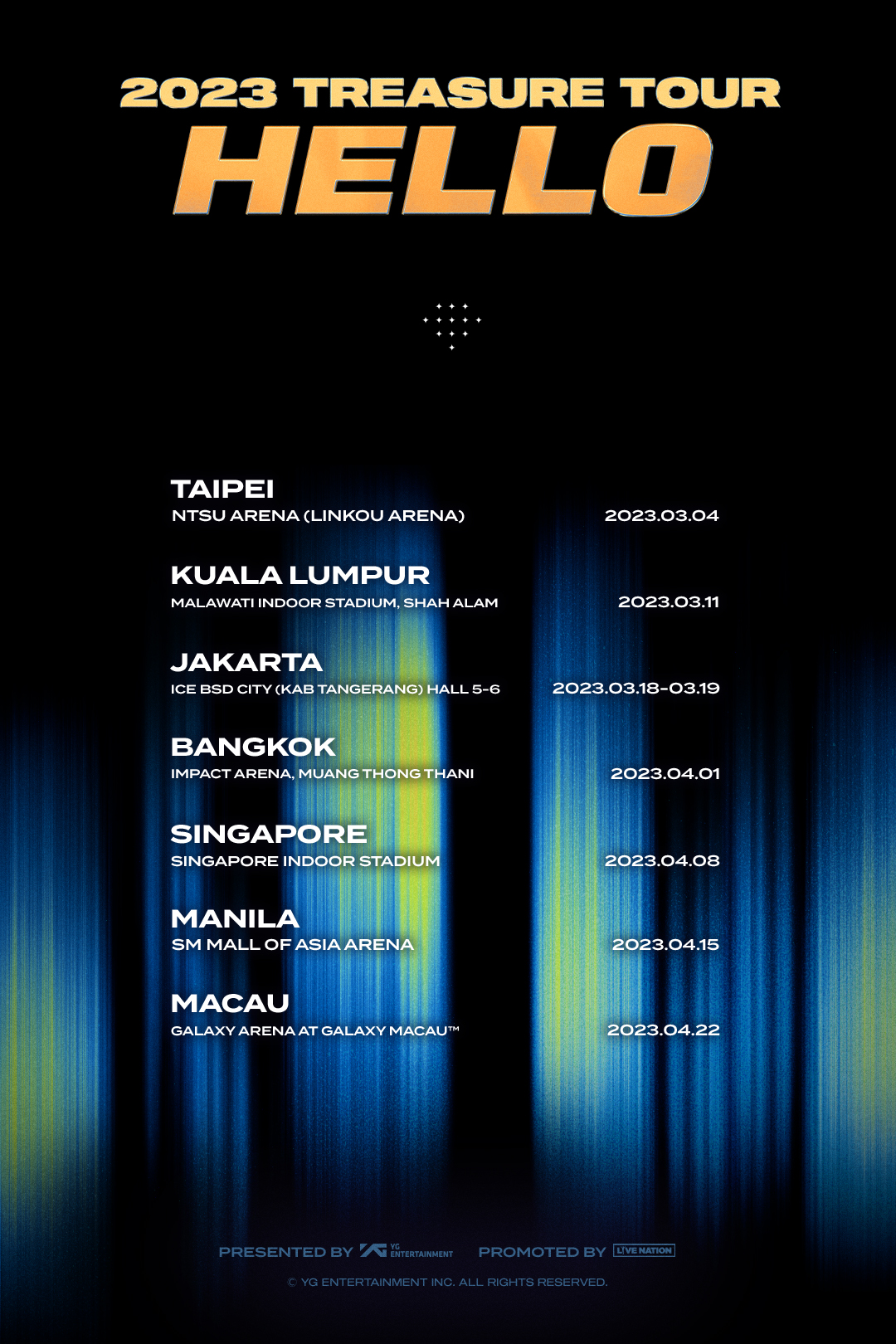 A pre-sale for tickets will be held for fans who have purchased the TREASURE MAKER membership and have completed the registration for the pre-sale on Weverse. Notices for ticket purchases for each city will be announced later, and details for the performances can be found on the official website.

Fans can anticipate nothing short of excellence from TREASURE through their newest tour, the group already having shown themselves to be stellar performers in their two solo concerts and tour of Japan as well as their diverse stages that have been performed at various year-end awards ceremonies.

In the meantime, TREASURE will be continuing on their tour in Japan, having kicked off their concerts in Hokkaido last month and successfully completed 19 performances in five cities, including Fukui, Nagoya, Fukuoka, and Kobe. They are scheduled to perform in Tokyo and Saitama and will perform at Kyocera Dome in Osaka on January 28 and 29.