It’s official: N.Flying is coming back!

On September 28, N.Flying announced the date and details for their upcoming return next month, which will mark their first comeback in a year. The band will be returning with their eighth mini album “Dearest” on October 17 at 6 p.m. KST.

While not officially confirmed, it has been reported that the release will mark the band’s last full-group comeback before Cha Hun and Jaehyun’s military enlistment later this year.

Check out N.Flying’s schedule for their upcoming comeback with “Dearest” below! 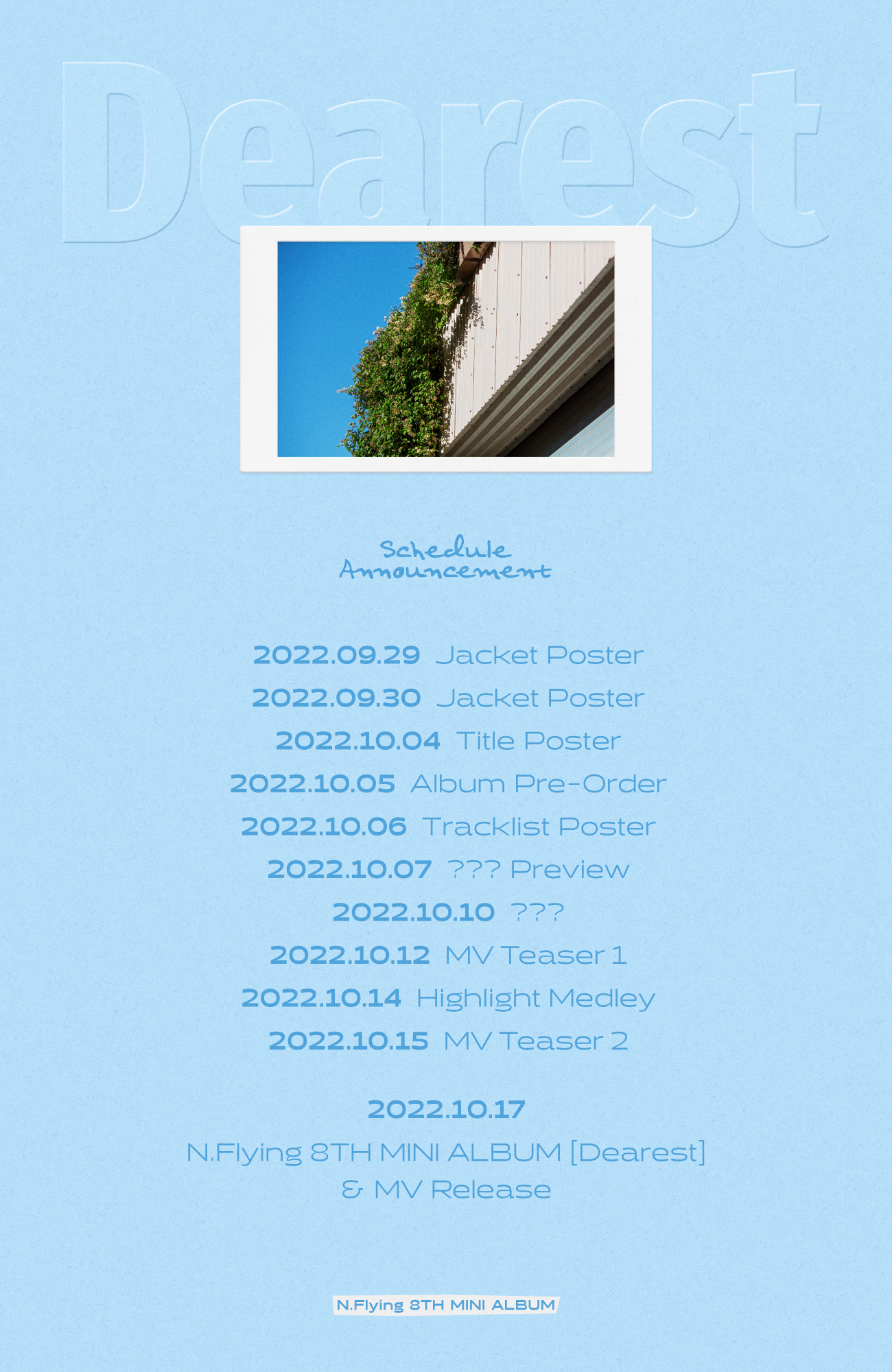