EXO’s Xiumin Talks About New Album “Brand New,” The Pressures Of Debuting Solo, Support From His Members, And More EXO’s Xiumin has shared his thoughts on his solo debut!

On September 26, Xiumin held an online press conference for the release of his first solo mini album “Brand New” and the event was hosted by his EXO bandmate Sehun. Xiumin excitedly remarked, “As I am officially releasing a solo album, I’m nervous and excited. I think this will become a turning point for me to grow another level. Like the album name ‘Brand New,’ I worked to showcase a new image.” 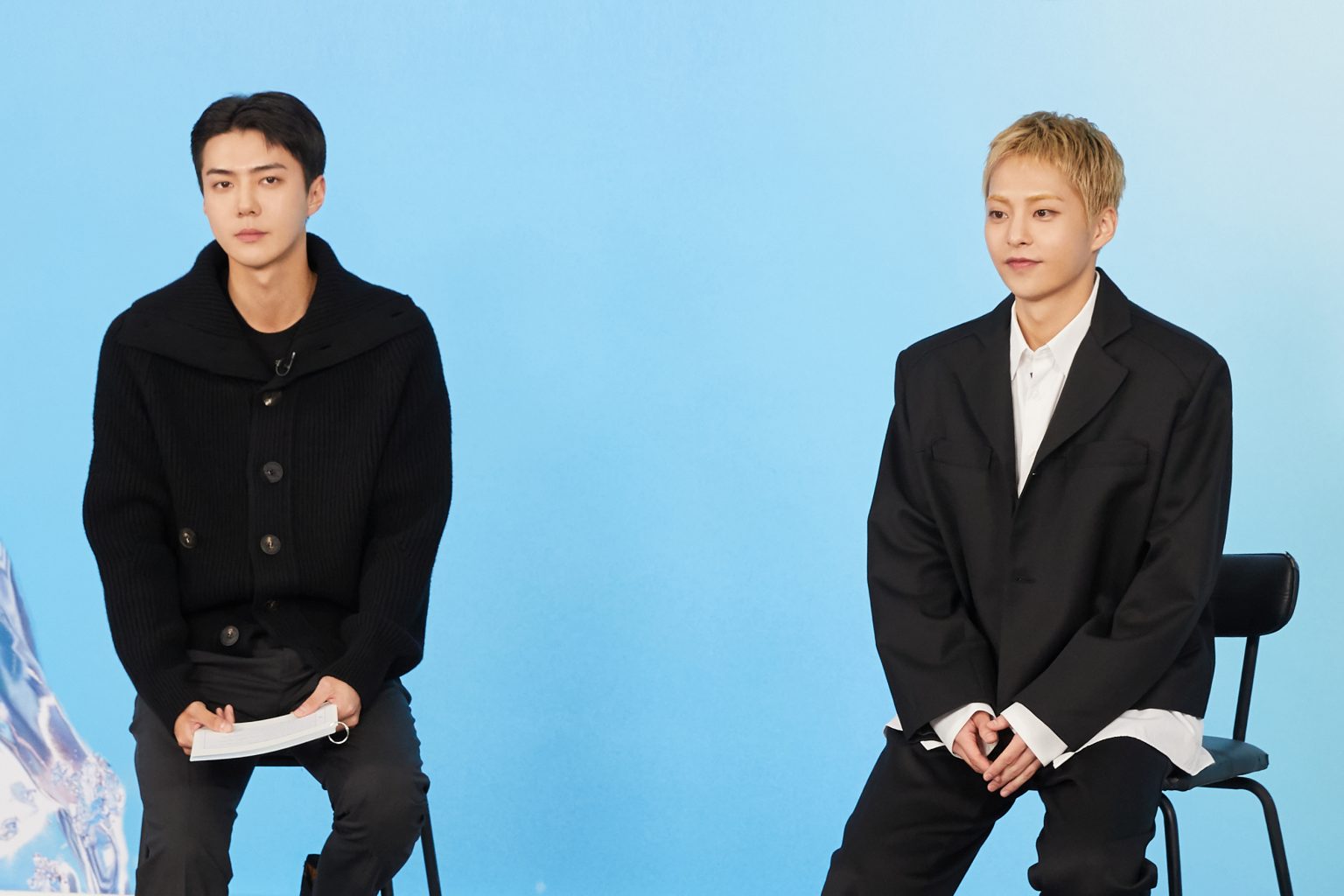 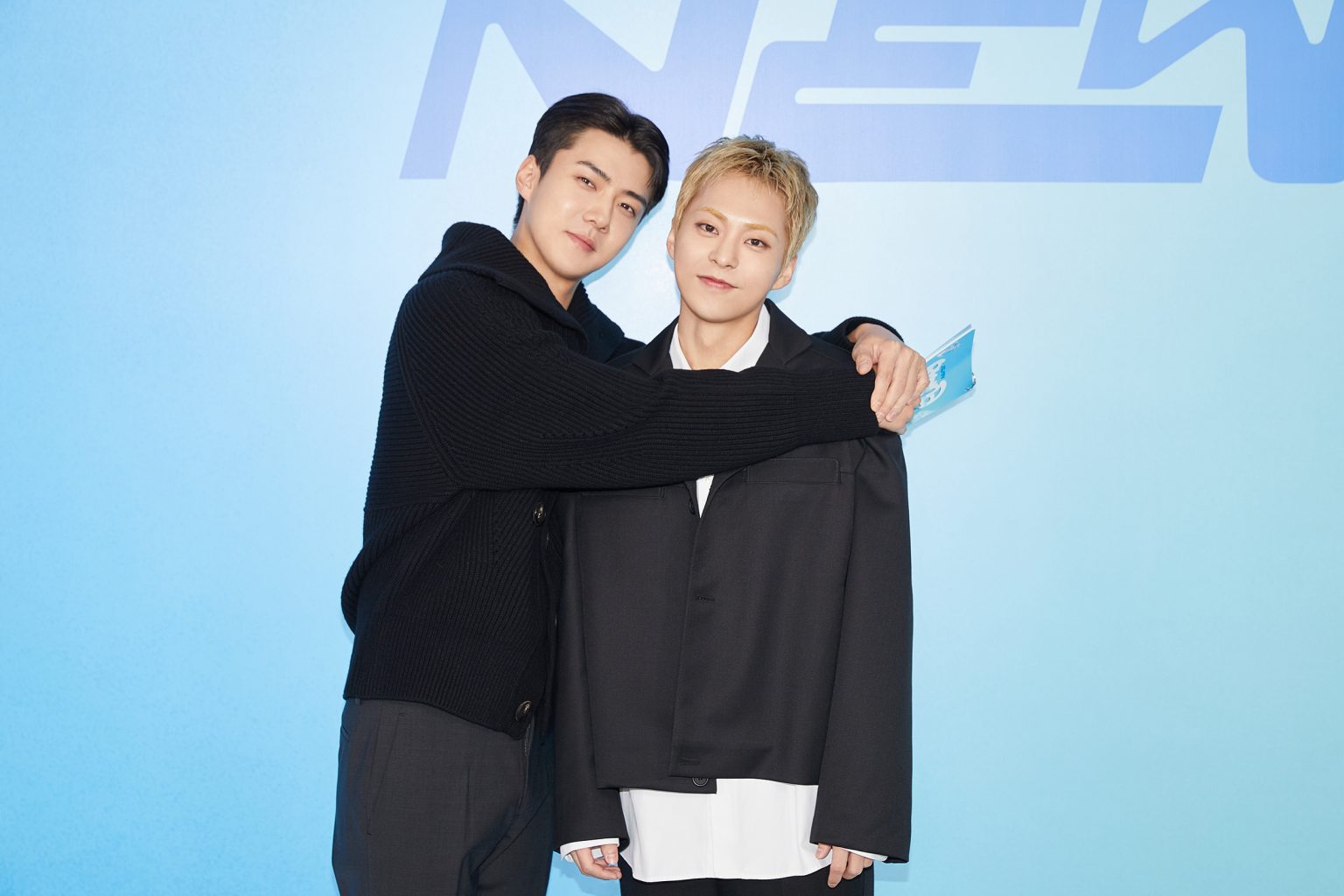 To describe the album with a keyword, Xiumin chose “gift” and explained, “I wanted to prepare a gift-like album for EXO-L [EXO’s fan club], who have waited a long time for me. As this first solo album wholly captures my tastes, it’s meaningful to me, and I called it a ‘gift’ out of hopes that it will become an album that makes you feel good about meeting my new image.”

Xiumin also shared that “gift” represents the music video, saying, “I play two roles: someone who delivers the gift and the gift itself. It will be fun to compare those two characters. I also captured my frost superpower from our [EXO] universe, as everything freezes with a single touch.”

Looking back to the first time he heard his title track “Brand New,” Xiumin revealed, “It was a song of the genre I had wanted [for my solo debut]. It had bright energy and was incredibly catchy, so I thought it was a song that suited EXO’s Xiumin well.”

This is Xiumin’s first solo album since debuting as a member of EXO back in 2012. Regarding this long period, Xiumin commented, “As a singer, my [recent] hiatus was long. There was my military enlistment and after I was discharged, my members went to the army so it was difficult to promote as EXO. I couldn’t merely wait for my members and I had to meet fans. I really wanted to meet them as a singer. I wanted to release a solo album, meet fans, and show them my image as a singer.”

He then candidly added to Sehun, “I really want to do EXO promotions. It feels like it’s been a long time since we’ve been on stage together. I miss it so much.” Sehun responded, “Soon.” 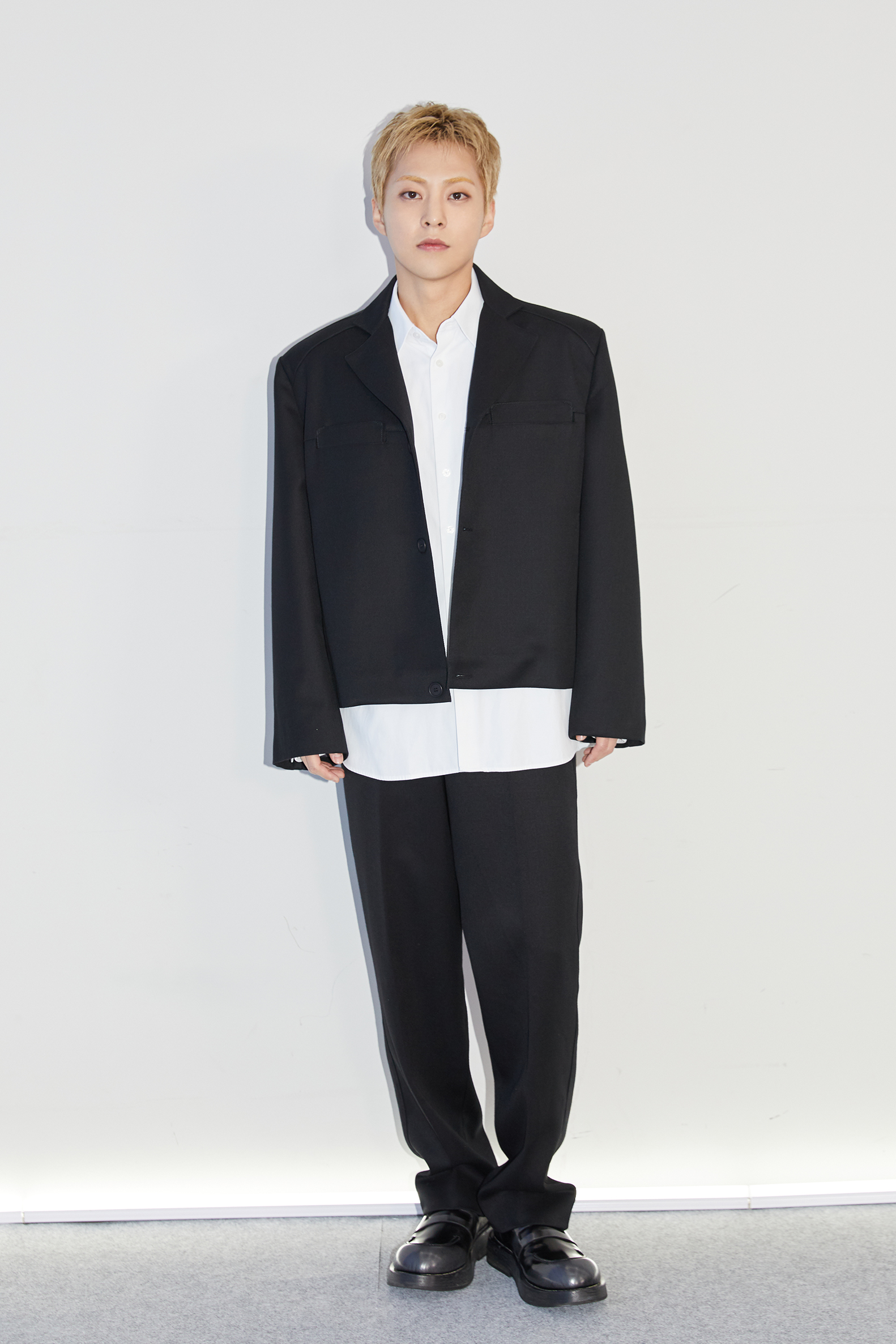 When asked about feeling pressured or worried for his solo debut, Xiumin shared, “I felt more responsible. Since I have to make up for eight people all by myself, it feels like the weight is eight times greater. I did also worry about whether I’d be able to do well on my own. I watched my members who released solo albums before me and while they prepared, I thought, ‘They’re so amazing. This is not for everyone.’ I respect them. I thought that I’d grow through this. When I promote as EXO, I hope I will become a bit of help in the right direction for my members.”

Xiumin also shared how support from his members gave him a lot of strength, revealing that Sehun had visited him on the set of his music video. On set, Sehun told him, ‘Oh, this is good, it’s hip. Do you like it? Then you just have to do it.” Xiumin added, “My members told me to do as I pleased. That unlike team promotions, I just had to do what I liked. And that fans would then like it and enjoy it with me.”

Before debuting solo, Xiumin has showcased a wide variety of images through EXO’s group promotions, as well as his unit promotions with EXO-CBX. Contrasting the three acts, Xiumin explained, “If EXO is silver, with a soft yet mysterious image, EXO-CBX is red, blue, and green. The three members’ individuality and charms pop out. Xiumin’s solo album is orange. It’s an incredibly eye-catching color and they say it’s a color that stimulates appetite. Don’t you have to have an appetite in order to feel the taste of life? I also think orange suits me well.” 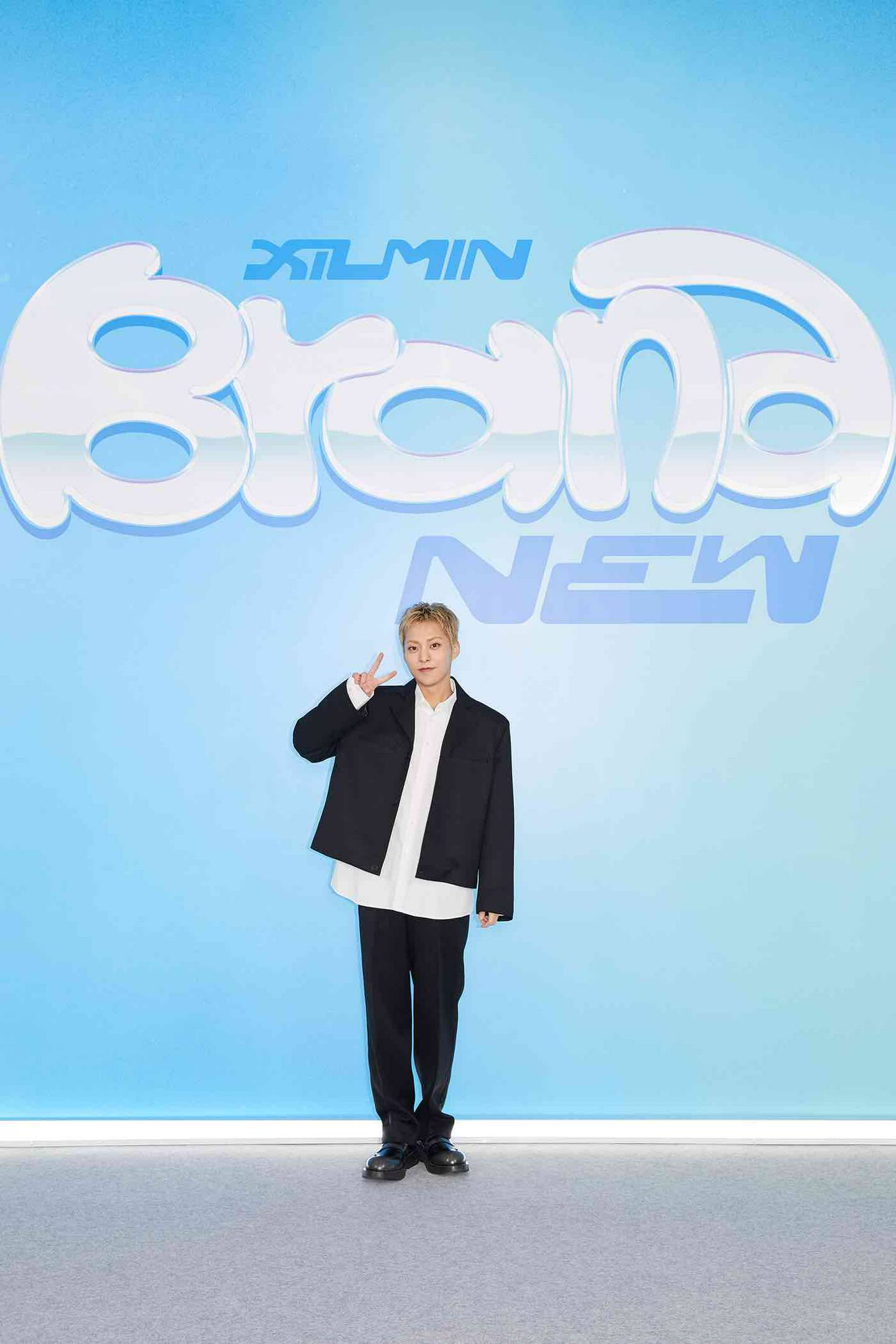 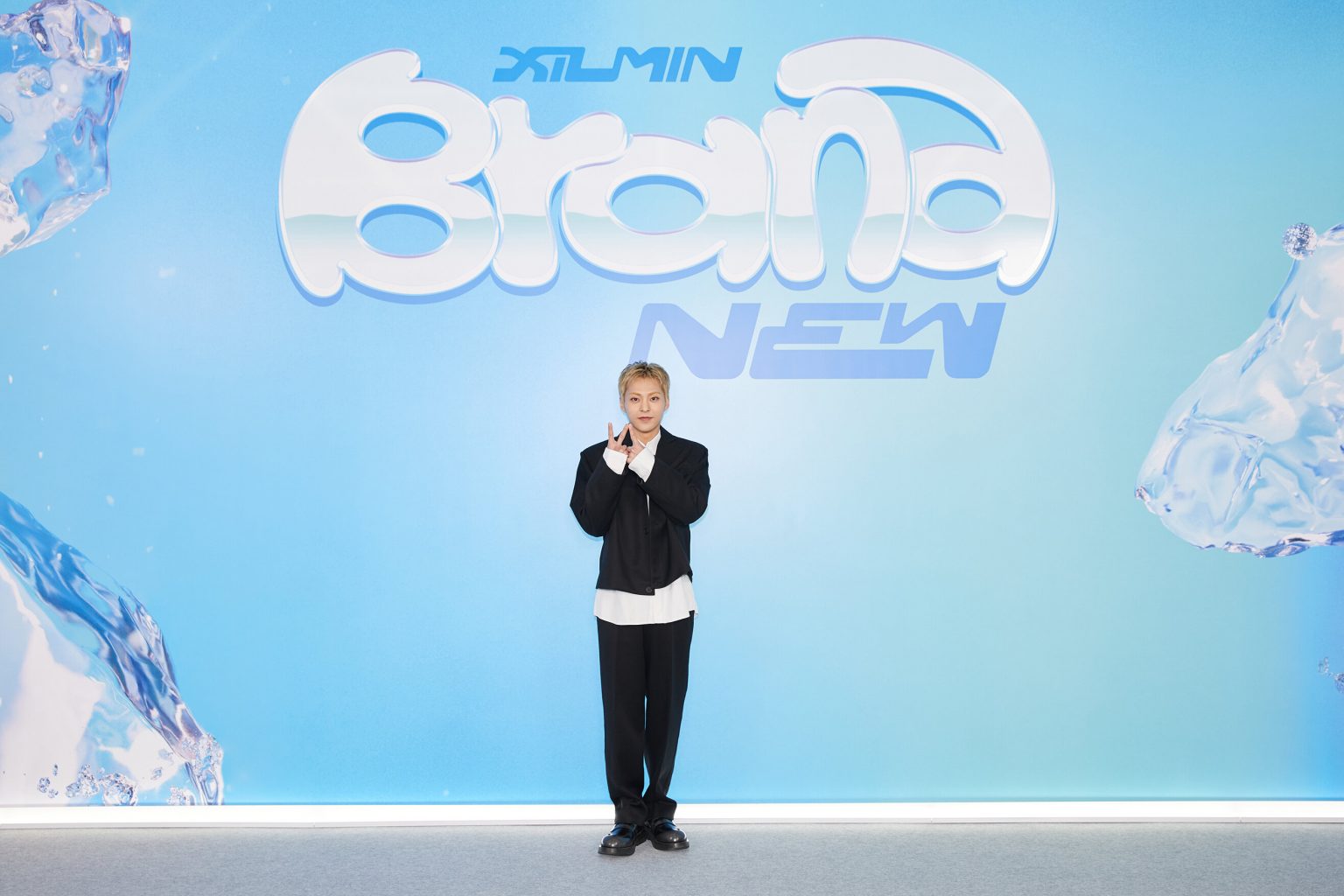 Five years after Xiumin collaborated with NCT’s Mark on “Young & Free,” the two have reunited on “How We Do,” the No. 3 track on “Brand New.” Xiumin explained that “How We Do” had a lot of rap parts and he didn’t feel confident to do them on his own. “The song was good but I needed someone to do it with,” he added. “I thought about Sehun too but he was busy filming a drama. I kept thinking about Mark, so I asked him without much hesitation. In five years, Mark has grown a lot too. I figure that [the song] will shine thanks to Mark so I’m looking forward to it.”

At the end, Xiumin commented to fans, “Please listen lots to the solo album I prepared diligently and I hope every day becomes a happy day. I will promote diligently with a variety of images so please give me lots of love and attention. Thank you.”

NCT 127 To Bring “Neo City: The Link” World Tour Back To Korea + Be The 8th Idol Group In History To Hold Concert At Seoul Olympic Stadium