Epik High is headed back to Europe and North America!

On December 6, Epik High made an announcement for their upcoming “ALL TIME HIGH” tour which will take them all over Europe and North America.

The tour begins on February 6, 2023 in Manchester, United Kingdom and will stop throughout the month in Brussels, Copenhagen, London, Munich, and Frankfurt before a surprise secret show. In late February, Epik High will begin touring the United States, starting in San Diego and stopping in 24 additional American cities. The tour will visit Canada for shows in Montreal and Toronto in late March, and one in Vancouver on April 4. Their North American leg will close out on April 14 with a show in Las Vegas.

Check out all the dates and cities below! 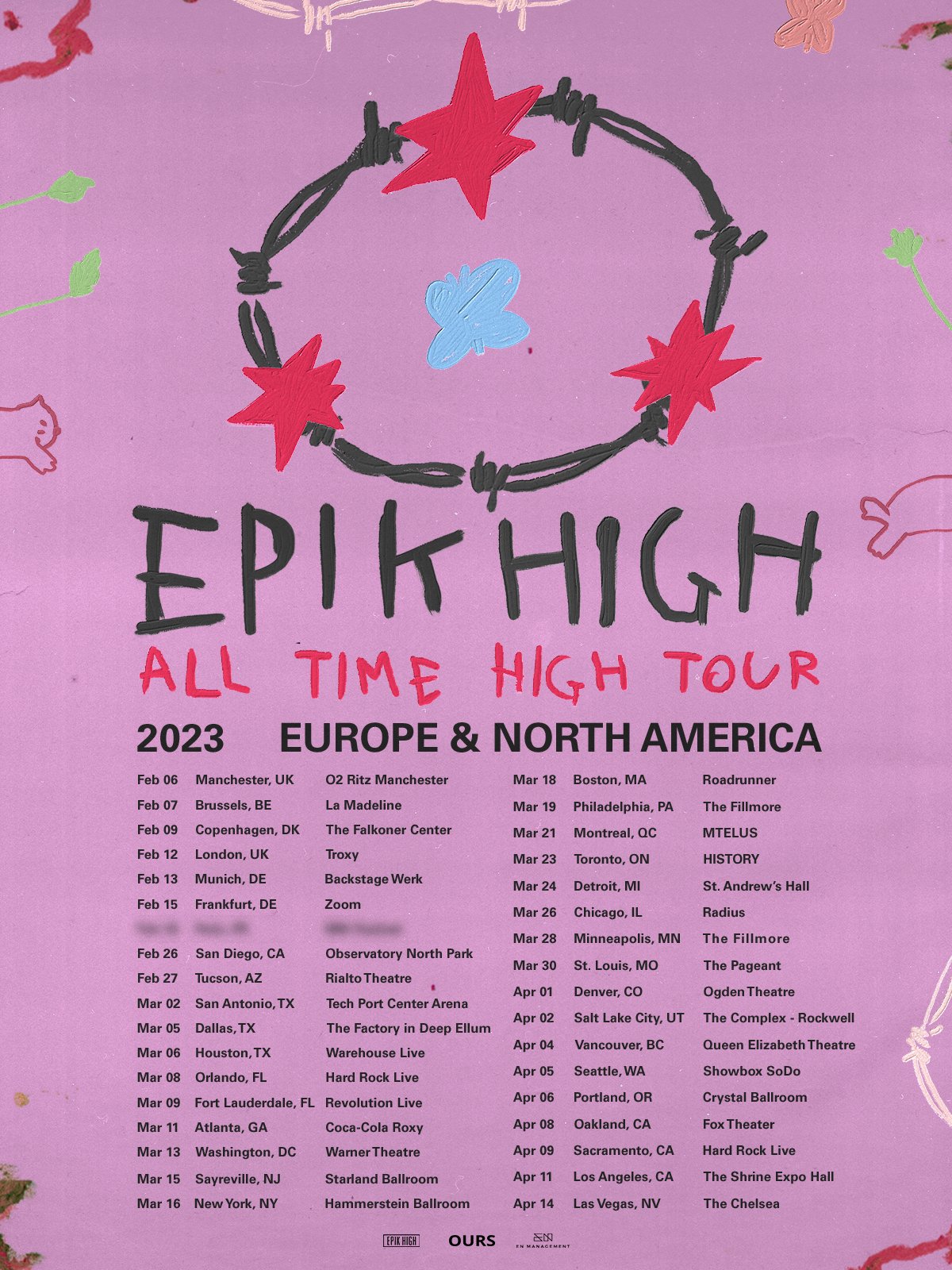 While Epik High toured North America this past March, this will be their first tour around Europe in nearly four years. Tickets go on sale on December 9 at 10 a.m. local time for each city and more information can be found here!