Get ready for something new from Dreamcatcher!

On January 9 at midnight KST, Dreamcatcher surprised fans with a “Special Mystery Code” teaser for an upcoming release. The enigmatic image features a calendar for the month of January, marked with YouTube URLs from some of Dreamcatcher’s past teaser videos.

With the sixth anniversary of Dreamcatcher’s debut coming up on January 13, some fans are speculating that the group may have a special surprise in store to celebrate the occasion. 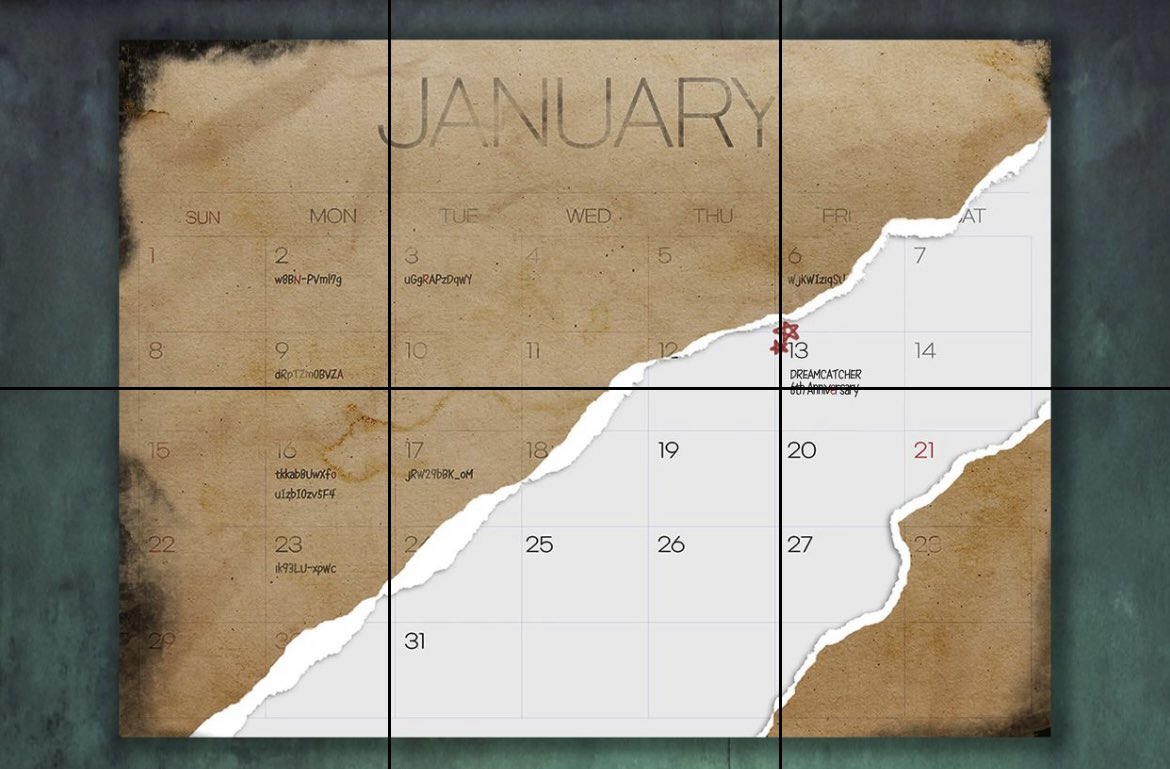