On Melon’s newest weekly ranking from the week of January 9 to 15, NewJeans has simultaneously taken over the top three spots with their songs “Ditto,” “OMG,” and “Hype Boy.” This makes NewJeans the third idol group and sixth artist in Melon history to simultaneously occupy all three top spots, as well as the first artist in eight years to do so. The only other idol groups to have achieved this feat are 2NE1 in 2010 and BIGBANG in 2015.

NewJeans, 2NE1, and BIGBANG are also the only idol groups in history to simultaneously chart four different songs in the top 10 of Melon’s weekly chart. A surprising coincidence is that in addition to occupying No. 1 to No. 3, each group’s fourth song was ranked in No. 7: 2NE1’s “It Hurts,” BIGBANG’s “BAE BAE,” and NewJeans’ “Attention.” 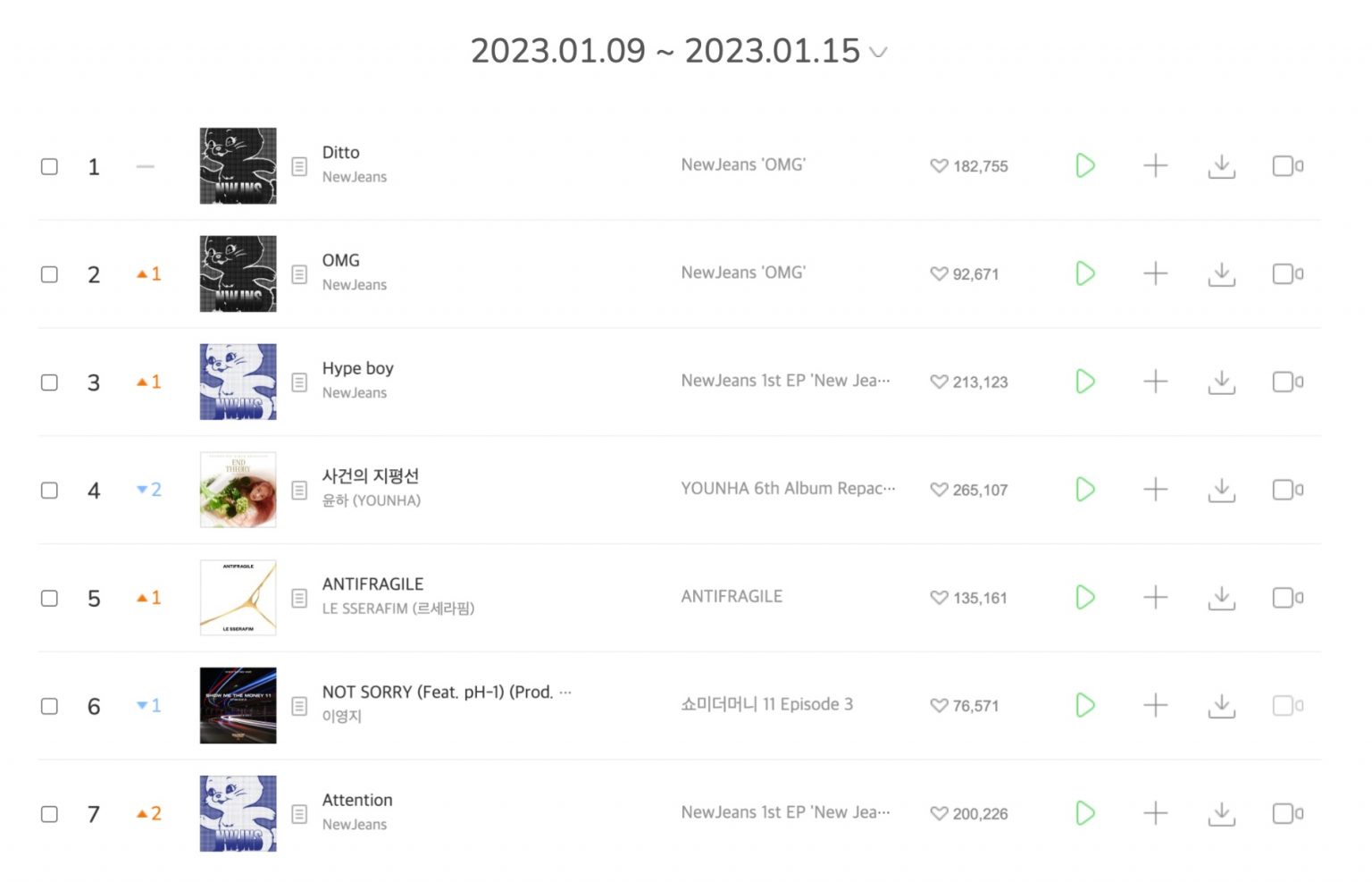 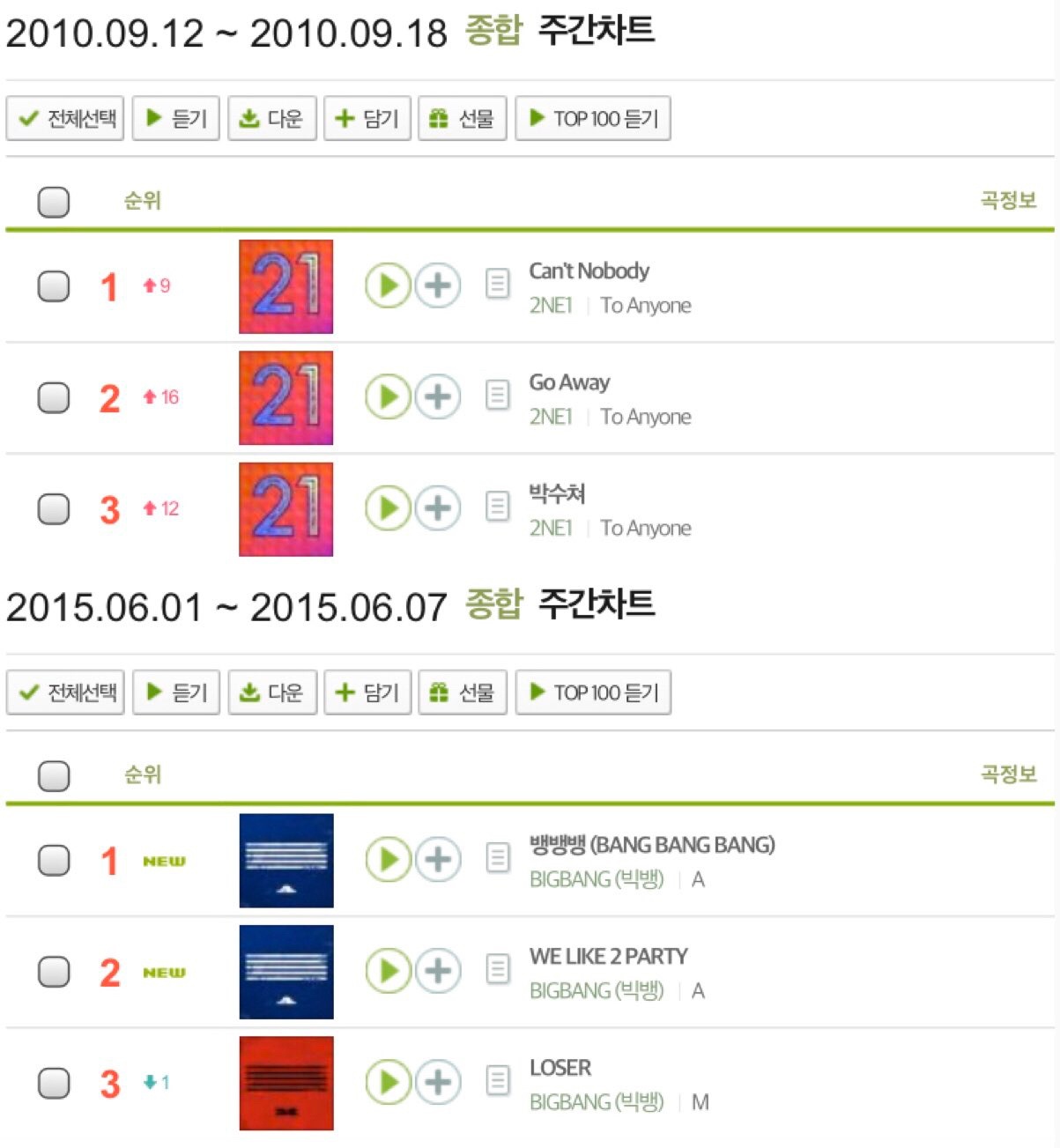 Watch: GOT the beat Confidently Sings “Stamp On It” In Bold And Fierce MV