Plus, jingle your bells with a new preview for "The Bitch Who Stole Christmas."

Get ready to meet the next generation of Ru girls.

While the premiere date of RuPaul’s Drag Race Season 14 is still under wraps, we will soon meet the new crop of queens in a primetime queen-RuVeal special airing December 2 on VH1. The network has got an exclusive first look at the new cast of competitors as they sashay down the runway and serve some sickening looks that will leave you gagging for more.

But we hope you set that wig on nice and tight because that’s not all. Stick around after the Season 14 queen RuVeal to check out the world premiere of Paramount+’s new drag queen singing competition, Queen of the Universe, followed by the debut of The Bitch Who Stole Christmas, the “draggiest Christmas movie ever made” featuring RuPaul and a gaggle of Drag Race queens. 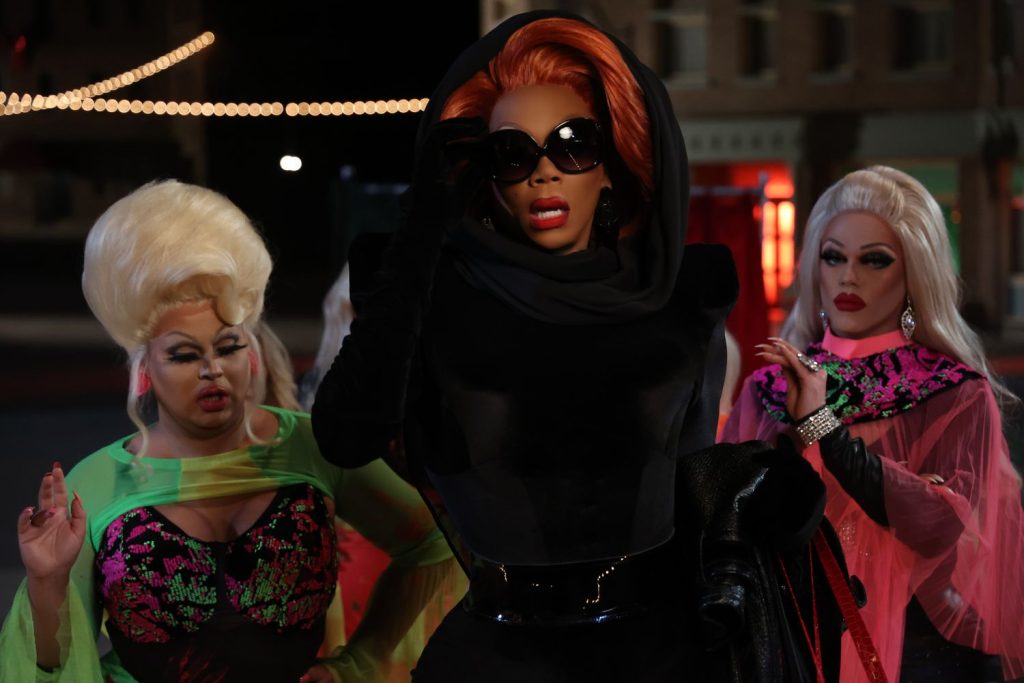 In case you need a RuMinder, the synopsis of The Bitch Who Stole Christmas reads: “A workaholic big-city fashion journalist is sent to a Christmas-obsessed small town to dig up a story when she finds herself in the middle of cut-throat housewives, a high-stakes ’Winter Ball competition, and a sinister plot that could destroy Christmas fore-evah!”

As Logo previously reported, the fashion journalist will be played by Krysta Rodriguez (who played Liza Minnelli in Netflix’s Halston). Mama Ru will channel her best Wilhelmina Slater as Krysta’s editor, who sends her to the Christmas-obsessed town.

“There are 1,000 Christmas movies this year, but only one with DRAG QUEENS! Christmas will never be the same!” said producer and World of Wonder co-founder Randy Barbato.

The night of fierce, festive fun kicks off at 8pm ET on Thursday, December 2, on VH1 with the RuPaul’s Drag Race Season 14 queen RuVeal, followed by Queen of the Universe and The Bitch Who Stole Christmas.