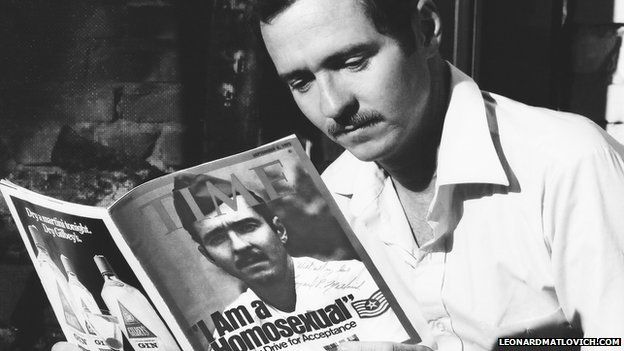 Leonard Matlovich (7/6/43 – 6/22/88) was decorated for his services during the Vietnam War with the Purple Heart and the Bronze Star. During the 1970s, he was a household name throughout the US media. He fought, after his “coming out”, to continue in the United States Army.

This public struggle resulted in articles being written in newspapers such as The New York Times and an appearance on an NBC television show. Matlovich appeared on the cover of Time on September 8, 1975, making Matlovich an example to many gay service soldiers in the US Army. 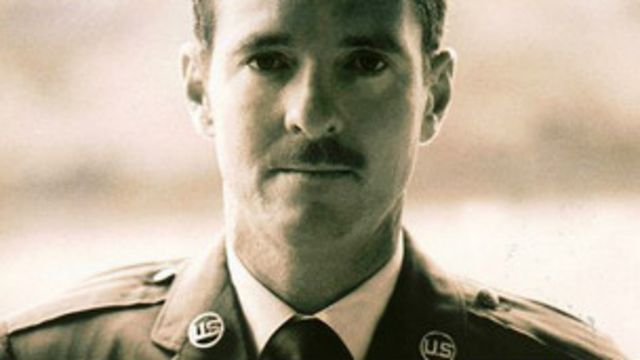 Matlovich was born in Savannah, Georgia. His father was a soldier in the Air Force, so his childhood was spent at various air bases, mainly in the southern United States. Matlovich and his sister were raised Catholic. According to statements he would later make, at 20 he was a “white racist” and a “flag-waving patriot.” Matlovich entered the army and went to Vietnam. There he was seriously injured on a mission, stepping on a land mine in Da Nang. He returned to the United States and received two awards for his services, the Purple Heart and the Bronze Star.

In subsequent years, Matlovich was stationed among other places in Florida, near Fort Walton Beach. There he first visited secret gay bars in Pensacola and became increasingly aware of his sexual orientation. 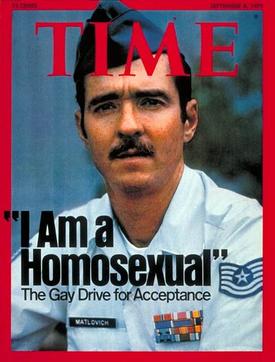 In 1975 he was stationed at Langley Air Force Base, where he decided to reveal his sexual orientation to his superiors, taking as an example the United States Supreme Court decision Brown v. Board of Education of 1954 against racial segregation. Six months later he was fired. The army allowed him to return if he signed a paper that he promised never to have homosexual relations again. Matlovich took the army to court and won after several instances in 1980 an award of $160,000. 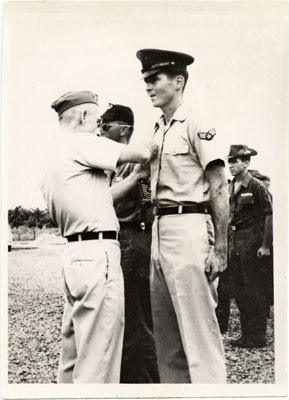 During the time of the trials, Matlovich became a Mormon and moved to Hampton, Virginia. Due to his public homosexuality, he was given excommunication on October 7, 1975 in Norfolk, Virginia, and again on January 17, 1979 by The Church of Jesus Christ of Latter-day Saints, after he appeared on The Phil Donahue Show.

“And I want you to look at the flag, our rainbow flag, and I want you to look at it with pride in your heart, because we have a dream too. And what is our dream? Ours is more than an American dream. It’s a universal dream… And our mission is to reach out and teach people to love, not hate. And you know that the reality of the situation is that before we meet as individuals, the only thing we have in common is our sexuality. And in the AIDS crisis, and I have AIDS, and in the AIDS crisis, if there is one word that describes our community’s response to AIDS, that word is love, love, love.” – Leonard Matlovich in his last public address In the 1980s he moved to California, where he settled in San Francisco. In the years that followed she became engaged as an LGBT activist. He opened a pizzeria in Russian River, California, and later worked for Ford as a car salesman. That same decade he became ill with AIDS, news that he made public in 1987 on Good Morning America, a news program. On June 22, 1988, Matlovich died of AIDS. He was buried in the Congressional Cemetery. On his grave you can read: 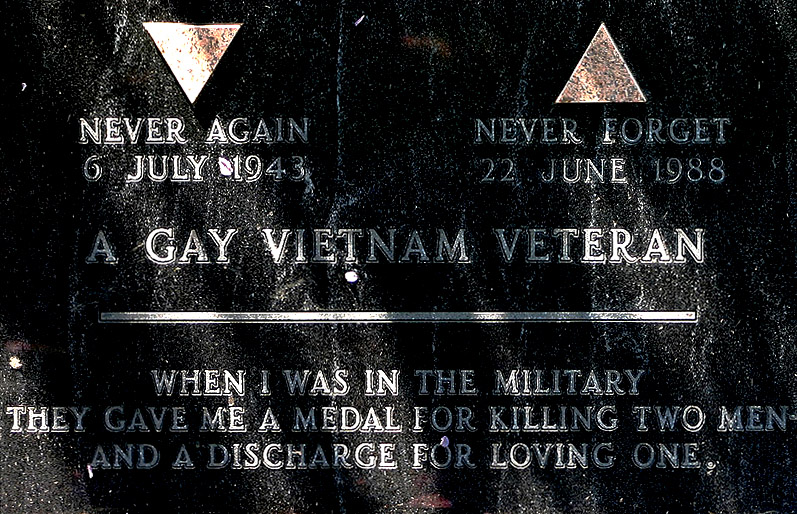 Near his grave is that of FBI Director J. Edgar Hoover.

Balmain Takes Over the Surf Lodge in Montauk