Opened the call to the 1st Festival of Cine Diverso Neuquén 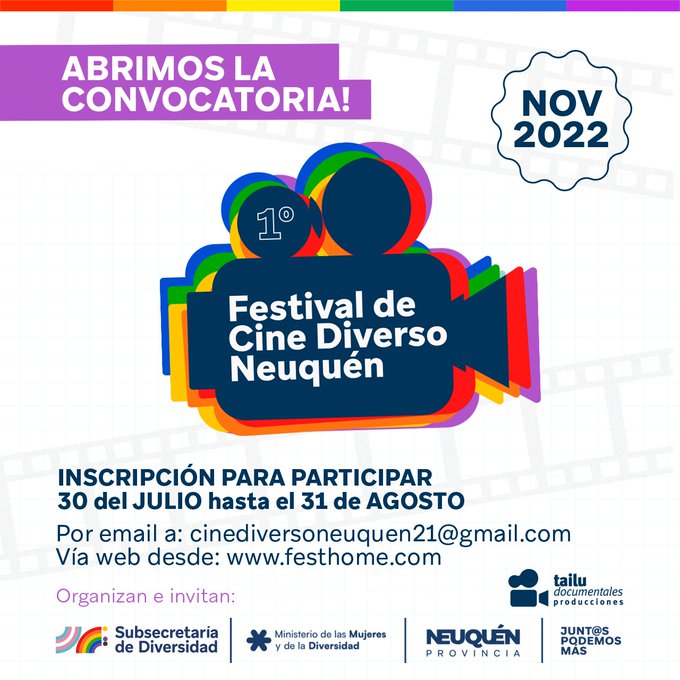 Registration can be done, free of charge, at festhome.com or via email to cinediversoneneuquen21@gmail.com until August 31 inclusive.

Fiction, documentary and animation short films will be accepted, with a minimum duration of 5 minutes and a maximum duration of 40 minutes. In turn, the registered audiovisuals must have been produced from January 2018 onwards.

This initiative is organized by the TAILU Documentaries Production Company and the Undersecretary of Diversity of the Province of Neuquén and it is the first LGBT+ film festival to be held in the region.

This proposal seeks to offer spaces for entertainment and information on issues related to Diversity, as well as making visible realities and experiences of LGBT+ people that are not usually disseminated in conventional media or in commercial audiovisual circuits.