Charles Jeffrey brought his signature showmanship and subversive touch to the Milan scene. 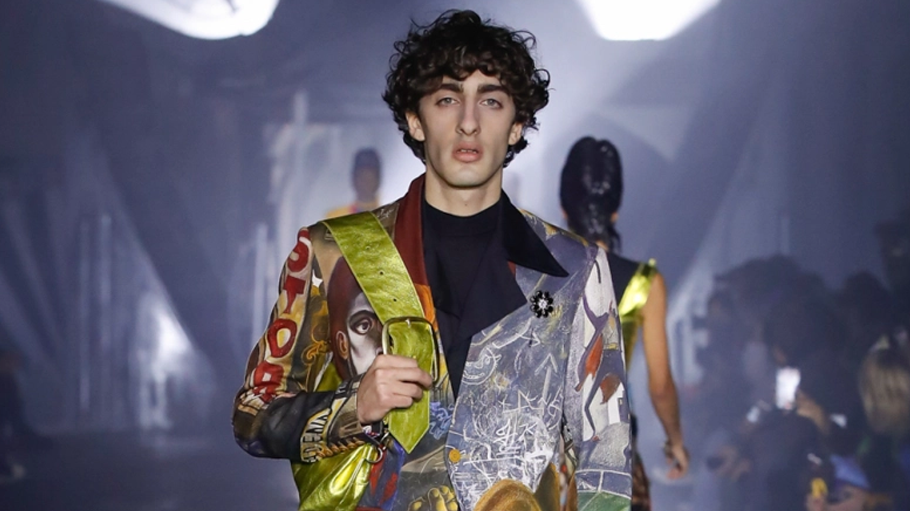 Charles Jeffrey decamped from London and brought his signature showmanship and subversive touch to Milan, offering a jolt of extravaganza in a season generally rooted in reality. During a preview, the designer explained the move, listing similarities between the city and “his” Glasgow, from the industrial nature to the “chatty, friendly and passionate” people (having found a business backer in Italian group Tomorrow Ltd. might have eased the choice, too) and expressed his intention to stay around.

“London Fashion Week and London are two separate things. I have much more opportunities here to build my business, to grow, to be with the big brands and learn, and slowly slowly build myself up,” he noted. The designer also got across the local queer underground scene and hopes that his brand’s viewpoint on gender and anarchic spirit could further support it and “expand what’s already here,” especially “now that there’s a change of perspective with the new prime minister.”

Back to fashion, different subcultures coexisted in the whimsical collection he paraded, too. Inspired by John Byrne’s 1987 play “The Slab Boys Trilogy” and aptly divided into three acts, the show opened with working class heroes in oversize boxy tailoring, a jacket with an apron over it, a kilt layered on pants. The Posers followed with their Fair Isle knits and maximalist prints that were the standout of the show, before the Snakes strutted down the catwalk in fluid looks splashed with all-over newsprints — only they felt kind of old news, as they inevitably evoked John Galliano’s version.